The Journey of the Penguin 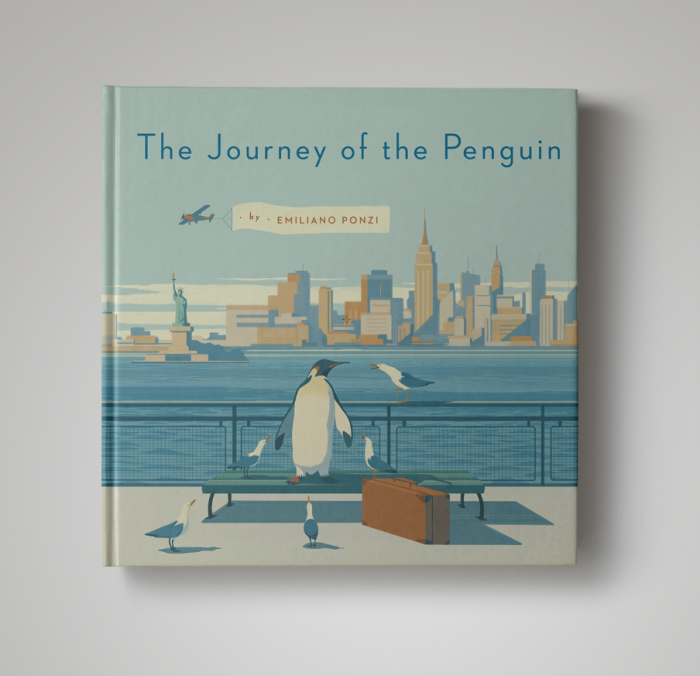 THE PUBLISHING PENGUIN THAT STOLE THE WORLD’S HEARTS

A charming picture book telling the imagined story of a penguin who waddled his way into history as the symbol of a beloved publisher, timed to the 80th anniversary of Penguin Books.

When we first meet the penguin at the centre of this brilliantly captured tale, he is a creature apart from the flock, whose eyes longingly follow the few planes that pass over his Antarctic homeland. Dreaming of more, he sets off on a long swim north, turning up in London just in time for auditions to find the face of a brand new publishing house. He wins the day, of course, and so begins an adventure that takes him on to New York and into the hearts of readers everywhere.

In THE JOURNEY OF THE PENGUIN, award-winning graphic artist Emiliano Ponzi delivers a boldly illustrated, wildly imaginative, and terrifically fun story that brings to life the ‘dignified yet flippant’ bird that Allen Lane chose as the name and image of his revolutionary publishing company. With cameo appearances by legendary Penguin authors including Jack Kerouac, John Steinbeck and Dorothy Parker, it will appeal as much to book-loving adults as to children. Ponzi’s exquisite, one-of-a-kind book celebrates not only Penguin’s 80 year history but also the enduring appeal of storytelling.